Posted by Cindy Robinson, Life on the Scene in Celebrity, Concert, Contests, Enter to Win on February 6, 2013 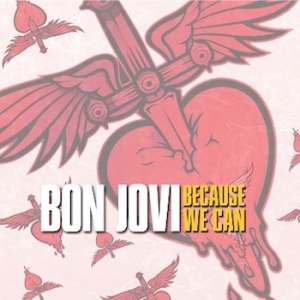 Bon Jovi Because We Can image courtesy of http://www.bonjovi.com

From now until Valentine’s Day Bon Jovi is giving away one Date Night Package per day! It includes two tickets to see Bon Jovi, his and hers t-shirts, and a $50 dining certificate. Follow this link to their Facebook page to enter now! Enter to Win with Bon Jovi’s 14 Days of Valentine’s — Bon Jovi. Remember to stop by daily and enter for more chances to win.

Their latest single “Because We Can” is out now on iTunes and their tour of the same name kicks off February 9th at Mohegan Sun in Uncasville, CT.

Exclusive VIP ticket packages for the tour are available now via http://live.bonjovi.com/tour and regular tickets on Ticketmaster. Don’t miss the iconic New Jersey band as they make their way to a city near you this summer!