Posted by Cindy Robinson, Life on the Scene in Beauty, Coupons/Freebies on September 11, 2015

Hello dear readers! Let’s celebrate Friday and the start of the weekend with a great little FREEBIE. Hurry over here to claim your free Clinique Chubby Stick Mini moisturizing lip balm. It doesn’t say what color you will receive but these are great to toss in your purse or backpack! You can also save it for a holiday stocking stuffer or part of a gift package. Go grab one before they are gone! Let us know if you scored one. Have you seen any other great deals? Share a link in the comments below.

Posted by Cindy Robinson, Life on the Scene in Celebrity, Concert, Contests, Enter to Win on February 6, 2013

Bon Jovi Because We Can image courtesy of http://www.bonjovi.com

From now until Valentine’s Day Bon Jovi is giving away one Date Night Package per day! It includes two tickets to see Bon Jovi, his and hers t-shirts, and a $50 dining certificate. Follow this link to their Facebook page to enter now! Enter to Win with Bon Jovi’s 14 Days of Valentine’s — Bon Jovi. Remember to stop by daily and enter for more chances to win.

Their latest single “Because We Can” is out now on iTunes and their tour of the same name kicks off February 9th at Mohegan Sun in Uncasville, CT.

Exclusive VIP ticket packages for the tour are available now via http://live.bonjovi.com/tour and regular tickets on Ticketmaster. Don’t miss the iconic New Jersey band as they make their way to a city near you this summer!

NBC and Chipotle Team Up for FREE Food

Posted by Cindy Robinson, Life on the Scene in Coupons/Freebies, Food, TV Shows on February 24, 2011

Television network NBC, their new show America’s Next Great Restaurant and burrito giant, Chipotle, have teamed up to offer viewers a great coupon for a buy one, get one free item at a Chipotle Mexican Grill location near you. Please go to America’s Next Great Restaurant Facebook page, ‘like’ them and then go to the Chipotle tab and watch the video.

Once the video completes, you will be able to print out your Chipotle coupon so be sure to have your printer connected and loaded with paper. The offer is limited to one per person and creates a unique code on the coupon so you can only use it once.

Posted by Cindy Robinson, Life on the Scene in Coupons/Freebies, Food, Samples on February 10, 2011

Send a FREE Valentine’s Day eCard to a loved one and they will also receive a coupon for a FREE Pancake Puppies Sundae (with purchase of entrée) at Denny’s. Plus, you’ll also get a coupon for yourself.

Posted by Cindy Robinson, Life on the Scene in Coupons/Freebies, Life, Samples on October 24, 2010 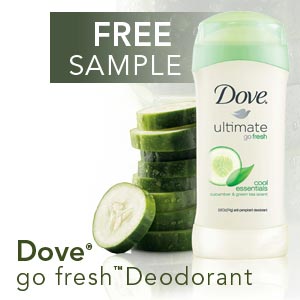 Costco is currently offering a FREE sample of Dove Go Fresh Deodorant for their members. You will need to input your current Costco membership number to get this deal!

How To Train Your Dragon – out now on DVD/Blu-ray

Posted by Cindy Robinson, Life on the Scene in Coupons/Freebies, DVD/Blu-Ray Review on October 15, 2010

Dreamworks How To Train Your Dragon is out today on DVD/Blu-ray.

This movie is the perfect mixture of adventure, comedy and friendship that leaves you wanting your own dragon by the end of the movie.

Hiccup (voice by Jay Baruchel) is the skinny, inquisitive boy who constantly fails at all attempts to be a proper Viking.  His father, chief Stoick the Vast (Gerard Butler), has pretty much given up on his teenage son and apprenticed him to blacksmith Gobber (Craig Ferguson). Worse, Hiccup knows the village loser hasn’t a chance of impressing Astrid (America Ferrera), the girl of his dreams and a formidable dragon fighter in her own right. When one of Hiccup’s inventions actually works, he hasn’t the heart to kill the young dragon he’s brought down. He names it Toothless and befriends it, although he’s been taught to fear and loathe dragons.  Hiccup uses his newly found knowledge to help his village fend off a dragon attack and change the minds of some stalwart old Vikings.

This movie is rated PG: suitable for ages 8 and older, violence, some intense action and scary dragons so preview and/or discuss it with younger children before allowing them to view it.

Vons/Safeway have a great deal going on now for the DVD.  They have the How To Train Your Dragon DVD plus one Izze Fortified Beverage 4-pack, any flavor + one Orville Redenbacher’s Gourmet Popping Corn (2, 3 or 4 pack, select varieties) + two Kraft Macaroni + Cheese Dinners, any 5.5 oz “fun” shapes. All for $16.99 with Safeway/Vons card! I haven’t checked Albertsons yet but they typically offer these DVD deals as well.

Best Buy, Target and Wal-Mart always have great sales the first week of a DVD/Blu-ray release as well but the best deal by far is the grocery store deal that includes free snacks with your movie.

It’s going to be Dragon movie night at our house for sure tonight! This is one kids movie you definitely want in your collection for all to enjoy for many years to come.

Posted by Cindy Robinson, Life on the Scene in Coupons/Freebies on October 7, 2010

There are two coupons available for Idahoan Potatoes! If you head over to Facebook and “like” Idahoan Potatoes, you can find a high value $1.00 off printable coupon on their coupon tab. Purchase at stores like Wal-Mart or Target, you will likely get this item for free or very close to it!

The second coupon, .75¢ off three pouches, can be found on their website. While this one isn’t the best deal out there, it can be helpful when stocking up during a sale!

I’m not a huge fan of instant potatoes myself, but I have found the flavored varieties to be a great dry goods staple to have on hand. I enjoy mixing up recipes and trying to new things. Often when I make mashed potatoes, I will add a small amount of a flavored instant potato mix like Idahoans’ Roasted Garlic which adds a nice hint of flavor without being overwhelming (and the kids like it too).

Ronzoni Pasta also has a Facebook coupon available when you “like” them here. It’s $1.00 off of any box of their Healthy Harvest line. Again, finding a good grocery store sale or stopping by Wal-Mart or Target to pick up this pasta will give you a great deal or possibly free pasta! Please let us know if you find a great sale on Ronzoni.

Remember to hit the back button when you print and you can usually get two coupons. What deals have you found this week?

Posted by Cindy Robinson, Life on the Scene in Coupons/Freebies, Life on October 4, 2010

Advil® is offering a coupon for a FREE bottle of Advil® pain reliever to the first 500, 000 people who sign up here.

The coupon will be valid for US residents age 18 and over  for one (1) package of either 24 count Advil® Tablets or 20 count Advil® Liqui-Gels®.

Once the 500, 000 limit has been reached, the offer is no longer valid. Hurry and sign up now! Your coupon should arrive in 1-3 weeks.

Posted by Cindy Robinson, Life on the Scene in Life on September 21, 2010

Have you tried the new Wisk yet? It has a nice fragrance to it! Wal-Mart is currently giving away a free sample of it here http://instoresnow.walmart.com/enhancedrendercontent_ektid90541.aspx  Scroll down about midway on the image of the Wisk bottle and hover over pulsing hexagon and it will show “free sample’, then click to fill out their form! 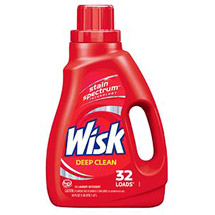